» THE RULES and REGULATIONS

» finally a place for my interest :)

» finally a place for my interest :) 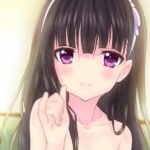 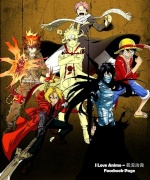 [WARNING! Might contain spoilers. Read at your own risk.]

Katekyo Hitman Reborn. Medyo nakakabore ang first 19 episodes niya, pero it gets better as the story progresses. Tsuna is a bit of a Gary Stu, but that's what makes him unique than the rest, even though his personality is that of a typical clumsy main character. Most of their dialogues, or if you prefer, quotes, are awe-inspiring and it is one of the main reasons why I love this anime. They aren't repetitive, unlike the same old quotes that are applied on most anime series. It can also give you a good laugh here and there. Also, the characters' powers are pretty badass. And look at those darling box creatures!

Even though I know that some will disagree with my opinion, I think that Akira-sensei has carefully planned KHR's plot. There are a few parts that were left untold (and I can't say that it's the best move), but still, Akira-sensei has thought everything out remarkably.

Another reason is the art. I know that it isn't as top-notch as other anime (namely Date A Live, K Project, Angel Beats!, Kuroshitsuji etcetera), but I simply cannot resist the charms of the characters *cough*especiallythehotvongolaguardians*cough*. Especially when Tsuna is in his HDW Mode! At first he looks as the ordinary Tsunayoshi Sawada which is like everyone else, but then, whenever it's necessary, he transforms into a damn hawt badass Vongola Decimo. But I must admit, I was a bit disappointed at the fact that both anime and manga ended (and the endings left us quite confused too!). Nevertheless, I love Kateikyoushi Hitman Reborn and am proud to be a part of its amazing fandom. 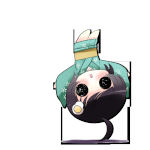